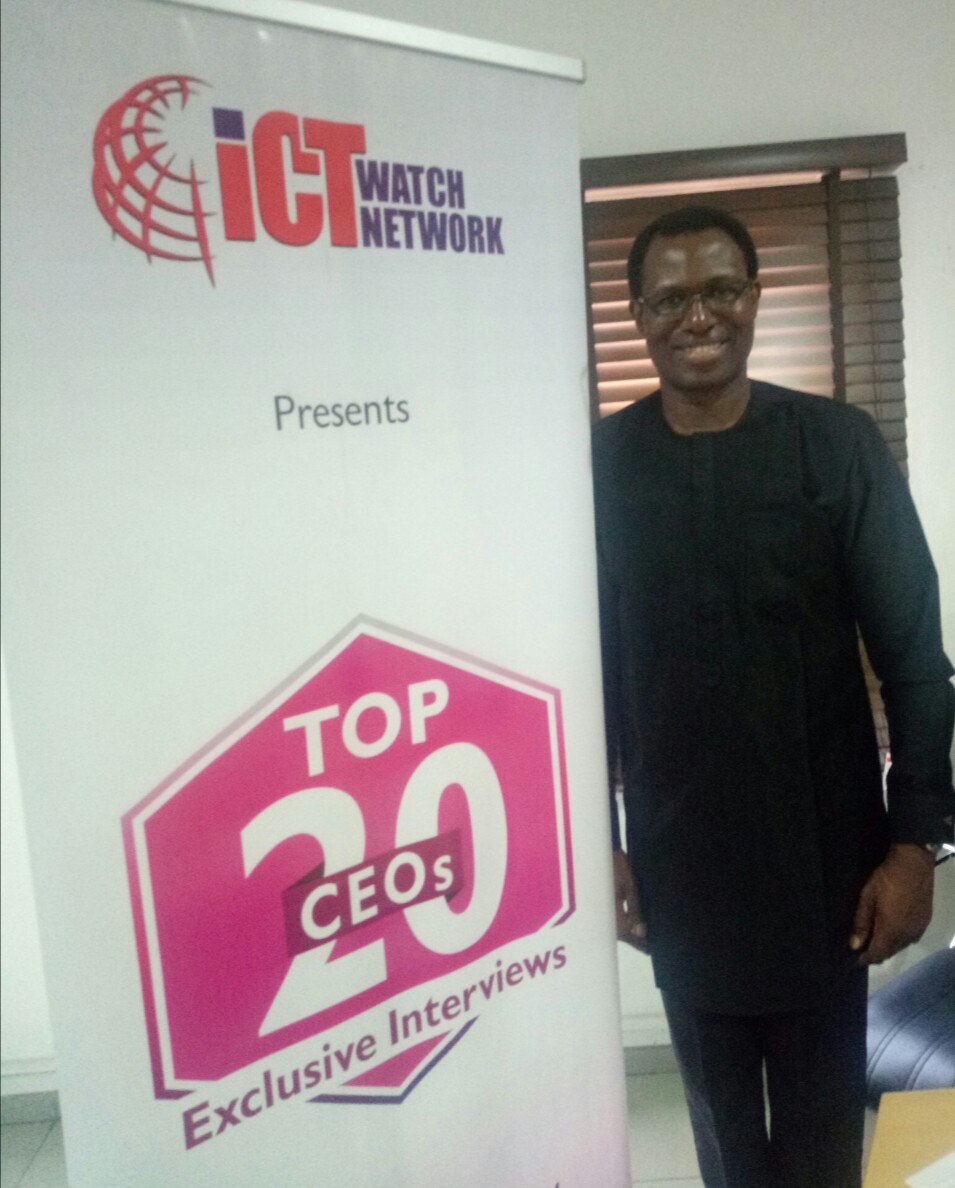 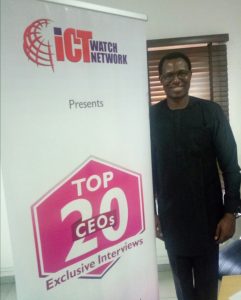 Engr. Gbenga Adebayo, Chairman, Association of Licensed Telecommunication Operators of Nigeria [ALTON], who is making a special appearance in this interview bared his minds on the state of the telecom industry including the vex issue of the right of way, multiple taxation and others. Excerpt.

Seventeen years after telecoms evolution in Nigeria, how has the industry fared?
I’m glad that 17 years in the life of the industry, we have seen tremendous growth. And we have seen telecommunication becoming a part of our daily lifestyle as people. You’ll recall that in the beginning, telecom was seen as elite exclusive. When NITEL was privatized, there were less than half a million lines and looking back today in less than 20 years, the network has grown to over 140 million active subscribers. That’s quite phenomenon. On that account, I think the industry has done very well.

I think telecommunications has transformed the way we live. Telecommunications today has become what I will call the bridge builder, the repository of knowledge, the access to power, the access to economic development and the highest and greatest developmental growth. More than that, I think telecom has had the most impact on mankind. In essence, you might look at what telecommunications has done in the world and what the digital age has brought. I think it has completely transformed our lives. So, I’m happy that in Nigeria, this industry has become what I will call the infrastructure of infrastructures.

It is now the platform on which all other socio-economic activities can ride upon and so, we are delighted. And we are happy that not only has the industry contributed significantly to our GDP as a country, the industry today has what I will call one of the highest labour force by direct and indirect employments. The industry today has the highest significance on trade, government and I can’t compare any other industry with that. So, we are happy that indeed telecom in Nigeria has changed the role of the lead.

That is quite encouraging. But let’s look at the fixed wireless, CDMA and other operators that have gone under. What kind of intervention ALTON offers its members?
Unfortunately so, the fact is technology is beyond everyone. The speed of growth, the rate of growth and the cost of growth is beyond what anyone can control. I think the problem that happen to some of our members is not necessarily due to poor management. There are many situations that confronted them that became difficult for them to compete; I would not say to survive.

First, our regulator is technology neutral. And once a service is licensed, you can have many competitions. And when the industry evolved, we tended more towards the GSM and they have what I will call a rapid exponential growth. And the speed of growth of that technology also was surprising for anyone. Because I recall that in the beginning, I think the target was 10,000 subscribers in the first year that the NCC ordered the operators. I think this target was achieved in the first two months.

While with one cell site, you can cover up to 1.5km on fixed line. You will probably have to lay 5,000 metres of cable with all the associated problems such as right of Way (RoW), digging, excavation and back filling, road crossing, and all that.

It just goes to say that it is easier, quicker, faster to deploy one technology than the other. You could say that the GSM also has wireless based, and so, why have they been able to catch up? And this is where the issue of technology comes to play. We embrace the GSM as people.  We embrace it and it has more rapid growth than CDMA. In that sense, there was nothing the regulator or the industry could do. But at our level as industry association, we engaged in what I call self-regulation.

The RoW and multiple taxation issue are some of the issues facing operators. What is ALTON’s stance on these issues?
Well, we are taking the lead in public awareness. In our association, we’ve conducted a study on the socio-economic impact of telecommunications in Nigeria. And that study goes to show the positive impact that the telecoms industry has had on our national economy and human capital development. It also shows that telecom is critical infrastructure to national development.

And so, we have been and we will continue to be on the roadshow to show the socio-economic impact of telecom on our national lives that the immediate Internally Generated Revenue (IGR) arising from the high cost of RoW, which will stifle the growth of the industry. So, we are happy that the National Executive Council (NEC) has looked at the document provided and the NEC has also approved a document streamlining RoW within the federal capital development area.

This has also become a model that is now being adopted by the states. You see, a problem is known, they say, is a problem solved. We all now know the RoW, for example, is a major problem. All the stakeholders are aware and we are finding the very best way around it as a group, as an industry and as an association. The present government is also assisting in that regard. As you are aware, there is presidential business enabling council which addresses the ease of doing business.

The issues of RoW and multiple taxations are part of what we have taken to them. What I will like to say to you is that as at the last counts, operators pay over 35 different taxes and levies across the country. Of course there is no industry that can survive with such a number of taxes and levies, and failure to pay often lead to disagreement and then, some agents of states will shut down the base stations and sites of services and all that.

But then, I will take this opportunity again to say that we must look at the social benefit of telecoms contributions. Are there ownership of that infrastructure because that is our most critical infrastructure? We are also saying to government because there is the need to classify telecommunication as a critical socio-economic development infrastructure. Because today, a state without telecom infrastructure, not only would the state be disconnected from commerce, the state is completely disconnected from the world. And you can imagine what ripple effect that would have in the social life of people of that particular state. We are saying that we must take ownership and we must consider telecom as critical to our daily life as water and air are to life.

So, the Act is there. We are seeking a presidential order to classify telecom infrastructure as critical national security and economic infrastructure and we do hope that those prayers will be granted. Once that is done, I think we will then have a better place. 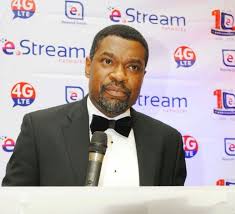 If The Banks Support Us, We Should Be Able To Meet 50% Broadband Penetration

6 months agoAugust 1, 2019
Engr Muyiwa Ogungboye, MD/CEO, eStream Network, one of our TOP 20 CEO's in ICT spoke on ways the country can... 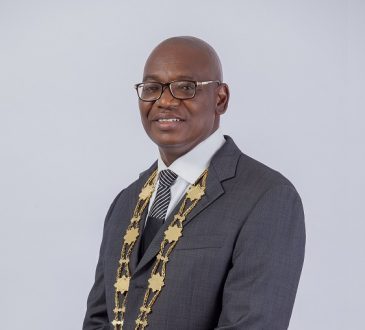 My Vision is a Nigeria Where Software Requirements are Produced and Made Available by our Children. 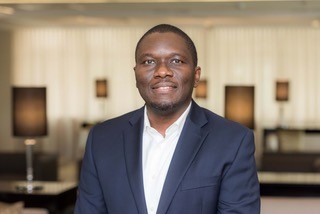 Great Companies Can Be Built in Nigeria, Not Just in Western Countries – Layer3 CEO 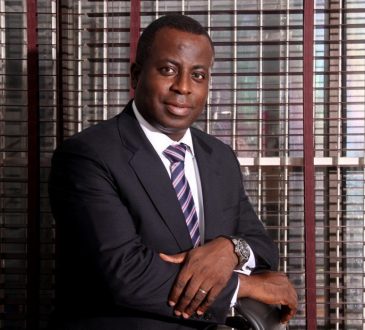 8 months agoJune 10, 2019
President of Association of Telecommunication Companies of Nigeria , Engr. Olusola Teniola in this interview shared that the banks have... 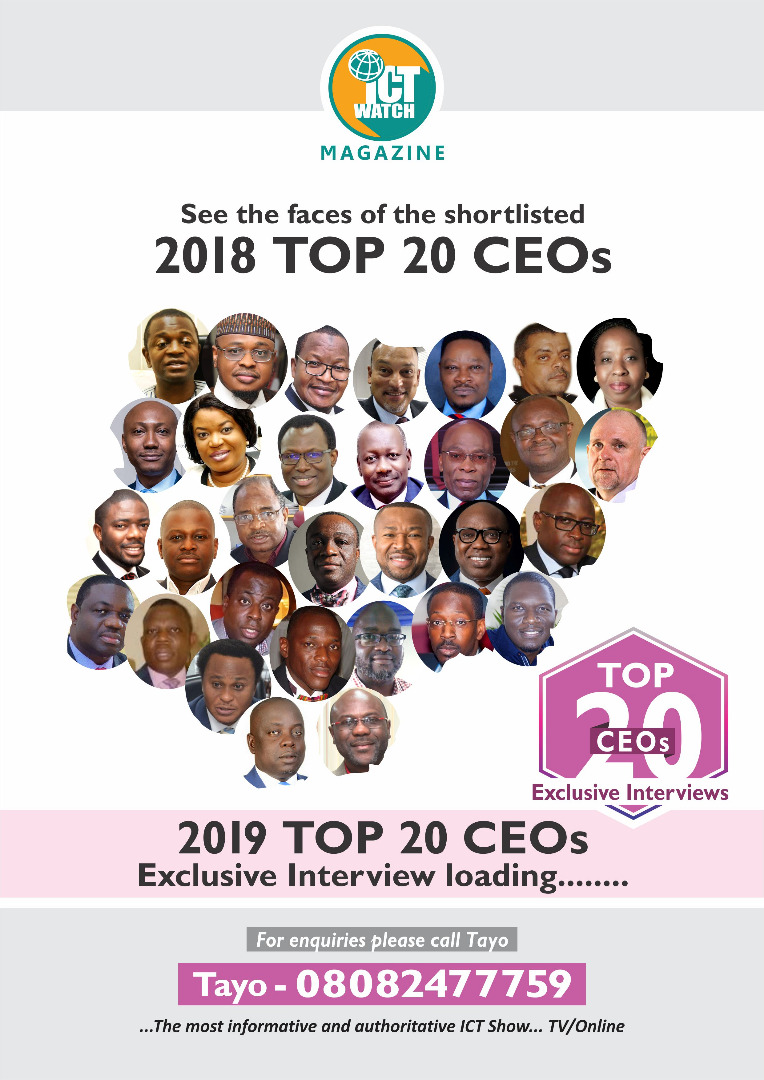 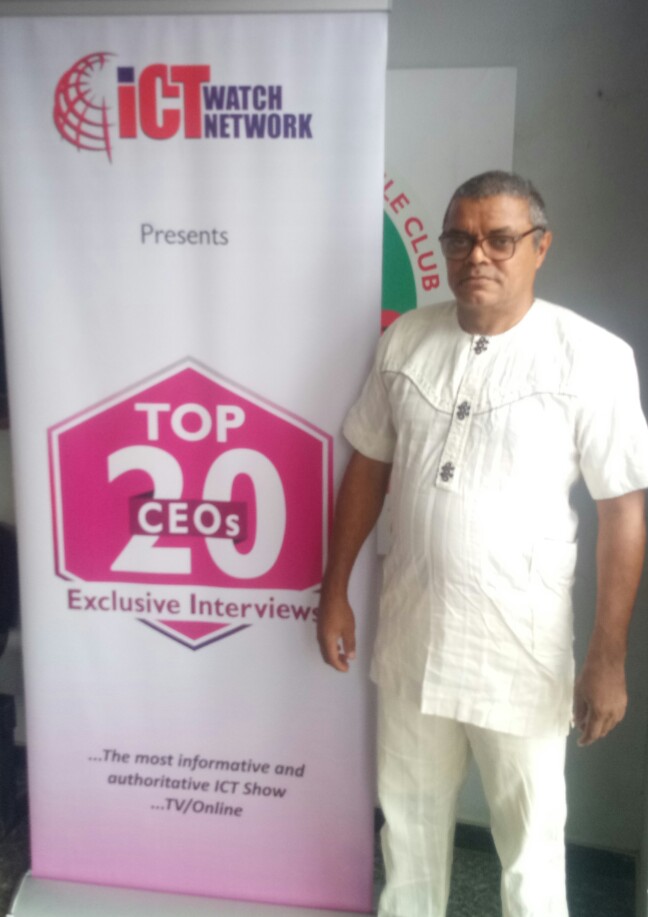 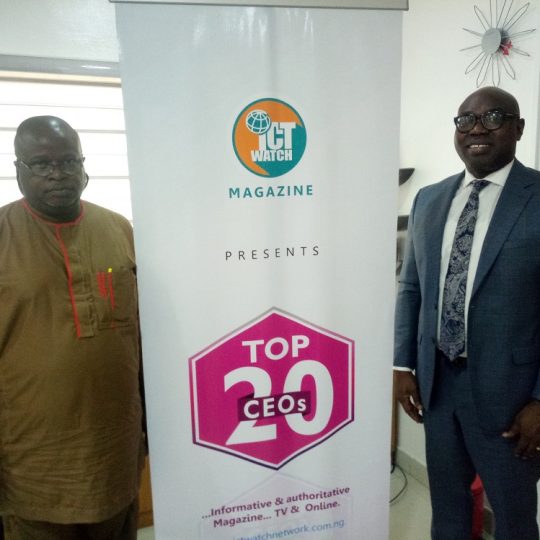 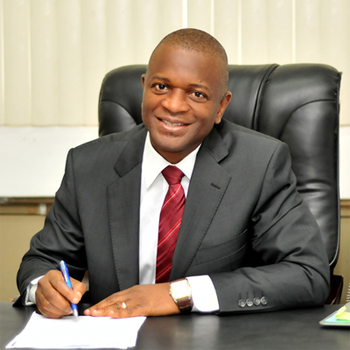 Broadband Penetration: Once operators expand their infrastructure, there will be availability and penetration -Abiodun Omoniyi, MD/CEO, VDT Communication 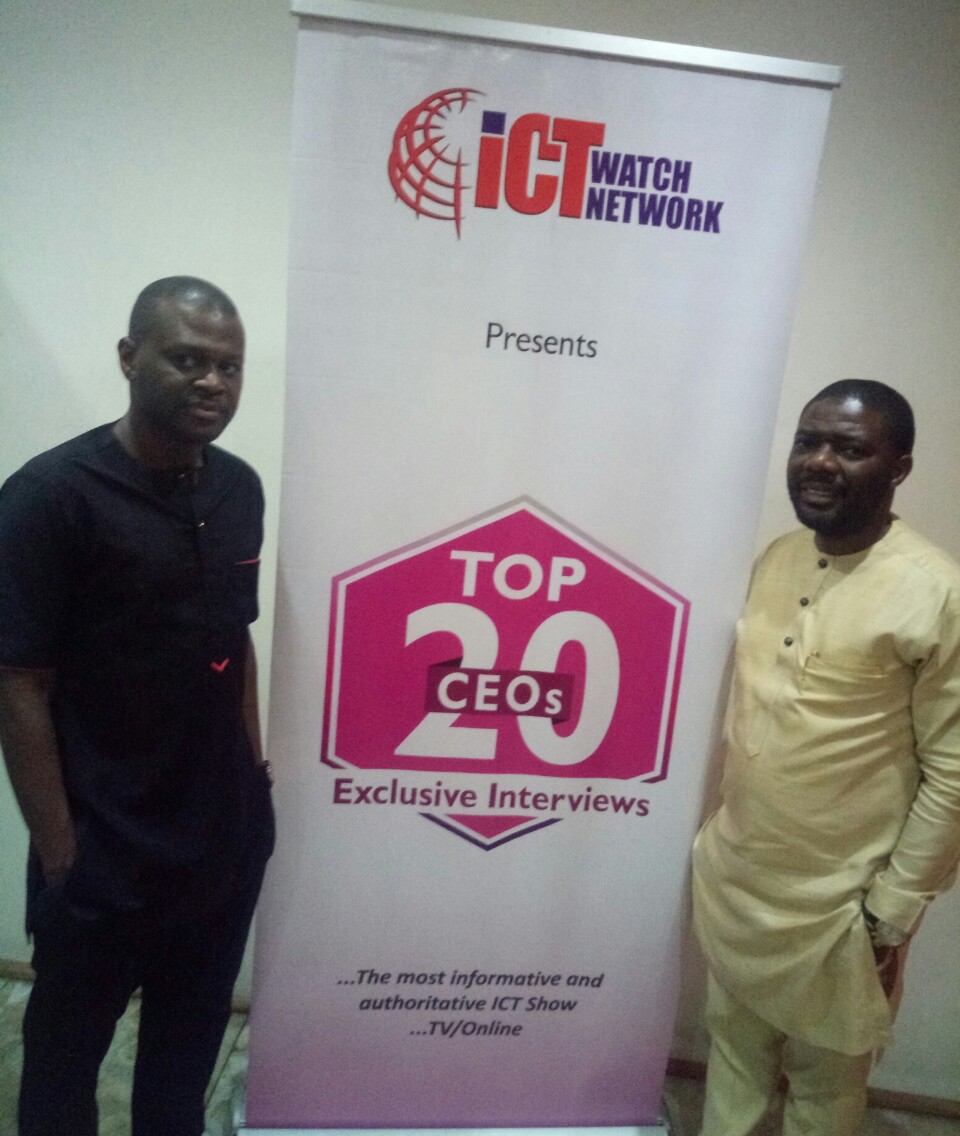 HELP US SPREAD THE WORD 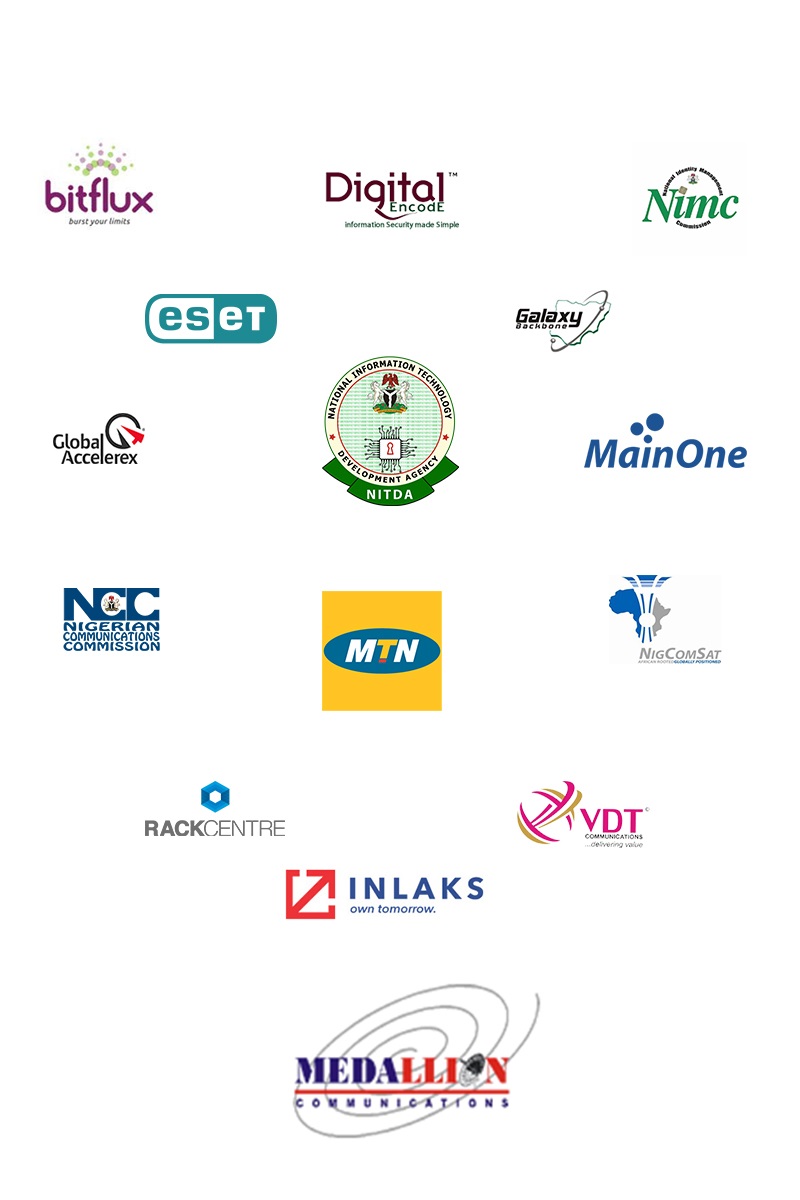