Galaxy Backbone has clarified its role in the ‘$400m’ loan for the National Information and Communications Technology Infrastructure Backbone (NICTIB) Phase II project as technology implementation agency of the federal government. 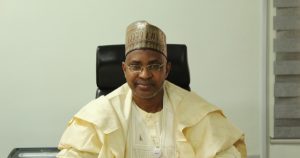 This is coming against the backdrop of recent reports carried by some media organisations on the alleged discovery by the Federal House Of Representatives (HoR) Committee on Treaties, Protocols & Agreements on some identified clauses in the ‘$400m’ loan for the National Information and Communications Technology Infrastructure Backbone (NICTIB) Phase II project which, according to the report, could threaten the sovereignty of our country Nigeria.

In a press statement, Galaxy backbone noted that the said report is not only mis-leading to the reading public but was never a true reflection of the deliberations in the session that Galaxy Backbone had with the Committee on Treaties, Protocol and Agreements.

Galaxy Backbone (GBB) stated that NICTIB Phase II project is a sovereign loan of National scope and for National Infrastructural development in the area of ICT National Broadband between the Federal Republic of Nigeria (Federal Ministry of Finance, Budget and National Planning) and China Exim Bank, representing the Republic of China.

According to the statement, “Galaxy Backbone is only an implementing agency under the supervision of Federal Ministry of Communications and Digital Economy to oversee the full implementation of the project.

“Nigeria’s Federal House Of Representatives has through its Committee on Treaties, Protocols and Agreements, which is currently reviewing the nation’s loan agreements with nations across the world, on the 28th of July, invited the Federal Ministry of Communications & Digital Economy (Supervisors of Galaxy Backbone, the implementing agency) to discuss the loan agreements in respect of NICTIB phase II and its project implementation.”

The statement added: “in the about 30 minutes engagement between Galaxy Backbone and the House Committee members, the issue of clauses in loan agreement and their potential implications for the Nigerian sovereignty never came up for discussion. The Committee requested for and received updates on the loan bothering on amount involved, maturity date and counterpart funding.

“The attributable loan agreement on NICTIB Phase II, like any other sovereign loan is packaged by relevant and capable legal authorities/institutions of Nigeria which, definitely isn’t Galaxy Backbone.

“Galaxy Backbone as the technology implementing agency of NICTIB Phase II loan and Nigeria ICT Broadband facilitator for National development is committed to the full implementation of the NICTIB phase II project which at its completion, will deepen the Broadband penetration in Nigeria and improve the Internet and Network Communications experience of not just agencies of government, but of the entire nation”.

2 days agoAugust 13, 2020
A new report by FBNQuest has identified the Nigerian telecommunications sector as capable of leading government’s effort to diversify the...

Why 5G Adoption Is Very Critical

4 days ago
The policies and incentives, according to a report, 5G will enable $13.2 trillion of global economic output in 2035.  It...

Broadband Penetration: Once operators expand their infrastructure, there will be availability and penetration -Abiodun Omoniyi, MD/CEO, VDT Communication

HELP US SPREAD THE WORD